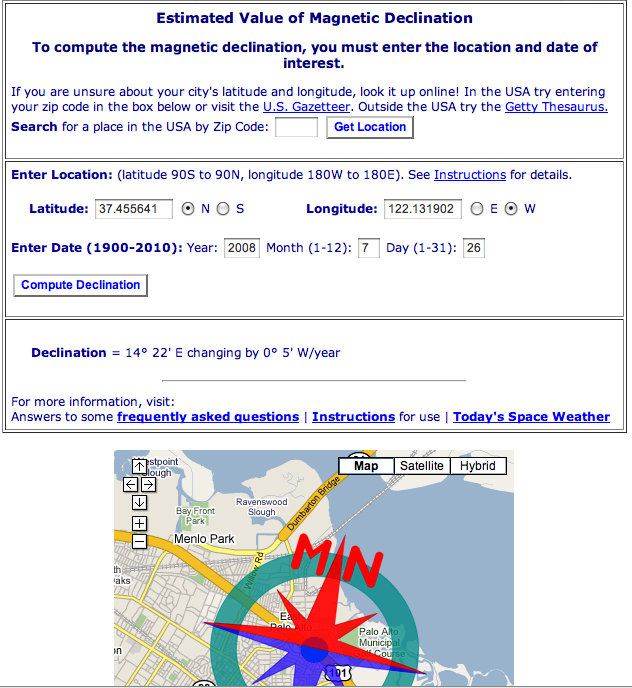 After several months of not finding the parts in stock and being busy with other things, I finally got the replacement wrist band and battery door (thanks to Backcountry.com) for my battered Suunto Observer. After a bit of a struggle to replace the parts — I don't have watchmaker skill or tools, but a Leatherman is incredibly versatile — I have a working watch again. I set the time, elevation (7m), and recalibrated the compass. Then I thought to add the local magnetic declination, and a quick search found this cool tool.
Posted by Fernando Pereira at 12:07 PM No comments: 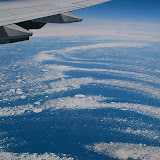 Here's another batch of photos from my ICML return flight. The sea ice on Hudson Bay was far into its summer disintegration. Some of the patterns of dirty ice look like fossils or plankton skeletons with a mysterious fractal geometry. What would it feel like to touch it?
Posted by Fernando Pereira at 9:50 PM No comments:

George Brassens lovers on the net have uploaded some amazing performances, including one of what may be my all-time favorite ballad Supplique pour être enterré à la plage de Sète with its eternal exhortation “le vin et le pastis d'abord!”

I don't know why, but this couplet really does it for me:

(Dip it in the blue ink of the Gulf of Lion/Dip it, dip your pen, oh my old notary)

Posted by Fernando Pereira at 6:30 PM No comments:

Georges Brassens in the park

In her photo series about a public park, my sister Isabel recalled of one of those beautifully wry, timeless Brassens songs:

Henry James is My Ambien

Henry James is My Ambien: As I now learn, late-period James is a very different animal than early-period James. I’m reading “The Wings of the Dove”, and find that, in spite of being a native speaker of english and well-read in James’ contemporaries, I simply cannot understand what he writes some fraction of the time [...] dust off your sentence diagramming skills and see what you can make of this, which starts and ends well, but in the middle veers off into I know not where:

The difficulty with Densher was that he looked vague without looking weak — idle without looking empty. It was the accident, possibly, of his long legs, which were apt to stretch themselves, of his straight hair and his well-shaped head, never, the latter, neatly smooth, and apt, into the bargain, at the time of quite other calls upon it, to throw itself suddenly back and, supported behind by his uplifted arms and interlocked hands, place him for unconscionable periods in communion with the ceiling, the treetops, the sky.

Maybe being a non-native speaker gives me an advantage, since I've spent a lot more time figuring out English (and French) literary and philosophical writing. That James paragraph is a breeze compared with some Proustian appositive marathons. Here's the core of the longer sentence with brackets marking where various qualifiers (nonrestrictive relatives, adjectival and adverbial phrases) are elided to avoid overflowing the reader's short-term memory:

It was the accident [...] of his long legs [...], of his straight hair and his well-shaped head [...] apt [...] to throw itself suddenly back and [...] place him for unconscionable periods in communion with the ceiling, the treetops, the sky.

Not so hard, right? Of course, it removes much of the wonderful life in the original, which had me see Densher sitting over there, outside in this perfectly cool Palo Alto early afternoon, maybe engaged and maybe not in the question I would have asked him.

Without wanting to be critical of Julianne, whose posts I really enjoy, I was at first surprised at her claimed confusion with that sentence, but then I remembered the total lack of elementary linguistic education in schools here and in Europe. In middle school back in Portugal, I suffered through the torture of an absurd application of Latin grammar to the analysis of Portuguese sentence structures (No, being a Romance language is not enough to make classical Latin grammar a good fit). The whole thing seemed totally illogical to me, and I barely passed the class. It wasn't until later in college, when through a friend I saw the first examples of modern formal syntax, that I had a huge "ahah" moment that I still feel vividly more than 30 years later. It's a shame that the main scientific discoveries of the last 100 years of linguistics, which are so useful in helping us figure out how language works, continue to be ignored or misrepresented in our educational systems.

Returning from ICML on July 9, on United 901 Frankfurt->SFO, I was treated to hours of amazing views of Iceland, Southern Greenland, and Baffin Bay. I had a window seat and I took over 150 photos. I still have to do some pruning — I don't have much experience taking pictures through an airplane window — and anyway Picasa uploading is failing for me at the moment (Unsupported output format: text/xml (status 400)?). Here's a picture of a scene that is as beautiful in its subtle color as it is ominous: pools of meltwater on the ice sheet. More pictures and commentary later.

Update: The Picasa discussions suggested reinstalling the uploader. I did it with Google Updater, and photo uploading is working again. Here are the least fuzzy 64 pictures I took, East to West during 50 minutes of overlying the Southern tip of Greenland. There was always some mist in the air, and thicker clouds as well, so terrain coverage is not continuous. You can see the approach to the deeply glaciated East coast, then a few shots of the crevassed icecap with some melt pools, and then the Western edge, mostly free of ice.

The Importance of Stupidity

I Like Feeling Stupid: Earlier this summer I read the excellent essay by Martin A. Schwartz in The Journal of Cell Science (May 20, 2008, doi: 10.1242/10.1242/jcs.033340) on "The importance of stupidity in scientific research." He describes how even very smart people might not enjoy research because they don't like feeling "stupid" all the time. (Via FemaleScienceProfessor.)

Very well put, read the whole FSP post. Unfortunately, the original The Journal of Cell Science article is behind a subscription wall, so it's available only to those of you who enjoy the privilege of a well-stocked academic library. There's a big difference between voluntarily suffering feelings of stupidity by working on hard problems and being condemned to stupidity by obsolete barriers to the free circulation of scientific information.

Posted by Fernando Pereira at 8:45 AM No comments: